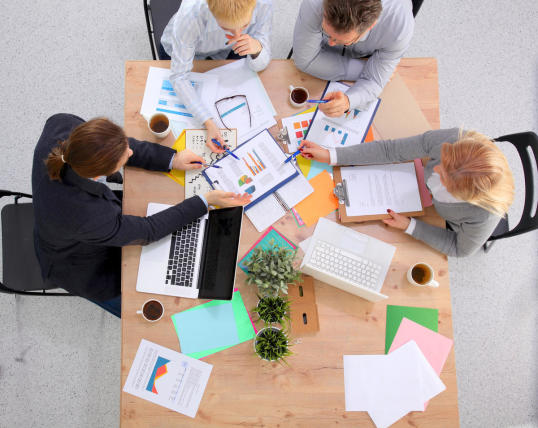 Bob, a floor salesperson who really believes in pushing the sale along, had spent enough time to learn exactly how the prospect was going to use the product. But there was a problem: Bob was convinced that the prospect really didn’t see all the ways the product could be used, and this was the reason the four attempts at closing had not worked. There was only one solution. He decided to tell the prospect about all of them.

“You know, Bill,” he began, “You haven’t thought of all the ways you can use this product.”

Bill turned his head to one side and responded, “Oh really.”

“For sure. If you have a few more minutes, I’ll be glad to tell you about some of them.”

Bill nodded his head “yes” and then added, “But I really only need it for the one purpose . . . ”

“Well, not only can you use it for that, but in addition it will . . . ” and launched into an extended description of all the other ways it could be used.

About fifteen minutes later, Bill looked at his watch and stated, “Bob, I really appreciate the education. Look, I’m going to be late for a meeting.” As he got up to leave, he added, “Why don’t you send me some literature when you get the chance. I’ll call you when I look it over.”

“Fine. I’ll get it right out in the mail to you. Thanks for stopping in.”

Bill left and immediately headed to the nearest competitor where he walked in, pointed to the product, and said, “If you have that in stock, I’ll buy it now.” And the competitor did.

How often does this happen? More times than most salespeople want to admit. And the salesperson at the competitor’s probably assumed the sale was one of those easy sales that are the fantasies of every salesperson — someone walks in, points, and walks out with the product.

Bob lost the sale because he believed that he knew better than the prospect how the product should be used. He ignored what the prospect said just before he launched into his educational presentation. Bob painted a picture that the prospect could not buy into.

And the salesperson at the competitor’s had no idea that Bob forced the prospect into his arms.

Bob made two major mistakes in his presentation. First, he ignored Bill’s statement that he knew how to use the product. Second, he went on to explain how to better use the product -- totally ignoring Bill’s immediate need. It is probable that Bill felt insulted. Since Bill went to a competitor and purchased, it is highly likely he did feel insulted. And to make matters worse, the chance of Bill ever going back to Bob’s store is remote. Why go back to deal with someone who won’t listen to you? Who insults you?

It is tempting for salespeople to display their product knowledge trying to convince someone to buy. After all, unless the product has never been sold before, somebody is using it. Learning how the product is being used is important information for a salesperson to have. But it is not important to tell a prospect how he should use the product. Asking a prospect the right sequence of questions leads him to understand how he could use the product. This process, self-discovery of product usage, is a powerful incentive to buy.

When Bill told Bob that there was only one purpose he could see for the product, Bob should have stopped talking and asked, “Gee, I guess I missed it. How would you use it?”

Bill would then have responded by describing exactly why the product would be useful. At the conclusion, all Bob would have had to do was ask, “What do you want me to do?”

The prospect is the one who will use the product, not you -- do not presume you know better.