Sales Tactic #3: Don’t Spill Your Candy In The Lobby 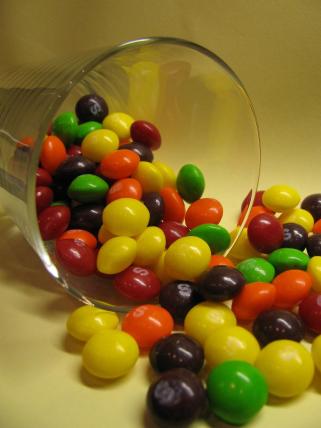 Bob was preparing for his first appointment with Mr. Smerthing, senior partner of the law firm Smerthing, Pennyworth, Jones, Riccardo and Blarney, one of the biggest, oldest, and most prestigious firms in the state.

Into the brightly polished briefcase went the oversized four-color company brochure—fourteen glorious glossy pages in length including every piece of product and service material, and questions and answers from all previous clients. And to top it off, Bob added the complete introductory slide presentation and video outlining just how thorough his firm was.

“I am going to knock him dead with this stuff. My first appointment and I’m going to close him.”

Bob, it could be said, was confident.

Upon arriving at the office, he walked assuredly up to the receptionist and announced in a firm voice that he was here to see Mr. Smerthing.

“Oh dear,” began the receptionist, “Mr. Smerthing had to cancel your appointment at the last minute. One of the firm’s oldest clients suddenly needed his expertise. He asked if you could leave any material that you brought so that he could review it and get back to you.”

“Yes, I can.” With that, Bob disgorged a truly impressive pile onto the receptionist’s desk.

“Well,” she responded, “You certainly are thorough. Mr. Smerthing will appreciate your diligence.”

While disappointed that he was unable to meet with Mr. Smerthing, Bob knew that within a matter of days, Mr. Smerthing would be calling.

Bob waited a few days. And then a few more. Finally, Bob called. Mr. Smerthing was reviewing the material and would get back to him. After ten phone calls, all with the same result, Bob decided that this prospect was a waste of time.

What happened? The prospect believed that EVERYTHING he needed to know about Bob and his products and services could be found in that impressive pile sitting on the office sofa, along with all the other stuff that he would finally get around to reading when he had the time. From the prospect’s point of view, he had no reason to EVER meet with Bob. Bob spilled his candy in the lobby.

Companies spend thousands of dollars creating, printing, storing, distributing, and delivering thousands of pieces of literature whose goal is to get the prospect to buy whatever is being sold. Prospects do not buy sales literature.

Unfortunately, as you saw with Bob and Mr. Smerthing, the sales literature, regardless of its form, is only useful if someone reads it. Mr. Smerthing will someday probably get around to doing just that, but in the meantime, since in his mind he has everything he needs to make a decision sitting on the sofa, he has absolutely no reason to meet with Bob.

A second danger in spilling your candy in the lobby is that you have no idea nor control over what is in the mind of the person who finally gets around to reading what you left. Your product and/or service could be exactly what the prospect needs, but because the prospect interprets your literature in a way that is different from what you expect, you are summarily dismissed. You are not there at that moment to correct his mistaken impression.

Leaving sales literature or sending sales literature in place of being there yourself is a waste of time and money, except in one situation. If the prospect has told you exactly what he needs as a result of you questioning him and your sales literature is specifically confined to his need, then send it or leave it. In any other situation, you are wasting your time, your company’s money and perhaps more importantly, keeping yourself from prospecting for those who will buy.

Every salesperson knows that “send me some literature” is a brush-off. Yet most salespeople send the literature anyway. Why?