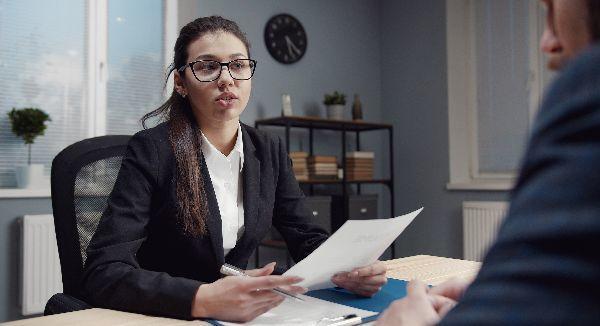 Gabe got a text message from his sales manager, who had recently sat in on one of his sales calls. The text read: “People buy in spite of the hard sell, not because of it.”

That text surprised Gabe because he had never thought of himself as someone who subjected prospective buyers to a hard sell. His tone was always calm. His demeanor was always professional. He never raised his voice, and he certainly never consciously engaged in pressure tactics. That just wasn’t him! But he suspected that the topic of the hard sell would be coming up at his next coaching session. And as it turned out, he was right about that.

WHAT IS THE HARD SELL?

Contrary to popular belief, the hard sell has nothing to do with the tone of your voice, or the pace at which you speak, or your willingness or unwillingness to ask for the business. The hard sell comes in all shapes and sizes. It is selfish selling.

In a traditional selling system, salespeople are taught to lead with features and benefits and advantages. They habitually focus on those topics for selfish reasons: because those discussions are what they have experienced and what they are comfortable with. That kind of selling is the hard sell because it does not take into account, or express the least curiosity about, what the prospective buyer is experiencing, familiar with, or comfortable with.

David Sandler pointed out that, when people buy after a discussion that is dominated by (memorized) features, benefits, and advantages, they don’t buy because of the hard sell. They buy in spite of it. He was absolutely right. The Sandler Selling System teaches salespeople to lead with a whole different conversation, a conversation that produces very different results.

In order to implement that different selling approach, though, it is essential to first understand that the hard sell doesn't always sound like a hard sell. It doesn't always take the form of the stereotypical fast-talking salesperson we see so often in the movies and on television-- although it sometimes does. What the hard sell always does incorporate, though, is the element of selfishness.

How can you avoid the hard sell? Start by asking a lot of questions. Figure out what's causing the problems that the other person is experiencing. Keep reminding yourself that as long as you are posing questions, you are not prejudging the situation, or trying to solve it, or fix it, or close it.

Secondly, you have to care. It has to matter to you on a personal level whether you can really help the person you’re talking to, and you have to be willing to step back and speak honestly about the situation when you don’t know if it’s possible to help. Invest the time and attention necessary to care about your prospective buyer as a person, and you will find that prospects will want to spend more time with you . . . not only in terms of the time necessary for you to put the business process together for them, but also in terms of the long-term investment of time, effort, energy, and financial resources to become your client or customer.

Ask yourself: whose reasons are driving the discussion? If they are your reasons, you can be sure that you are engaged in a hard sell. If they are the prospective buyer’s reasons, you are not. At the end of the day, if you learn to care about your client and ask the appropriate questions, you will be guiltless of the hard sell.

It came as a surprise to Gabe to learn that he was addicted to the hard sell. But after his coaching session, he realized that he was.

Over the next weeks and months, he made a conscious effort to ask more and better questions, and to care more about the people he served and was hoping to serve. And his closing numbers showed an improvement. But that wasn’t the only thing that showed an improvement. His whole outlook on selling had improved, as well.