Sales Tactic #33: Never Ask For The Sale — Make The Prospect Give It Up. 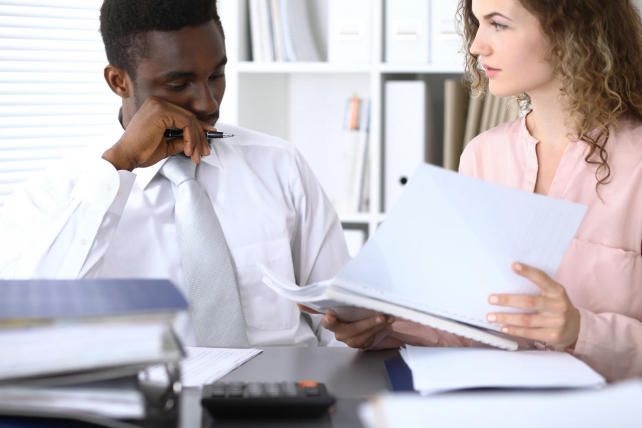 Nick knew that the prospect was close to making a buying decision. Her eyes darted back and forth between her left hand and the window looking out into the parking lot. Just a little more pushing and he knew she’d close.

“If you decide to buy today, I think I can talk the sales manager into an additional amount off.”

Good, he thought, she’s looking at me now instead of the parking lot. I’m not going to let her get away.

“Without a doubt,” she responded with a smile.

As Nick walked towards the sales manager’s office, he was mentally calculating that at $600 off, his commission would be peanuts. But, he thought, this sale would push him to the top of the board for the number of sales. He’d win the monthly $100 bonus for most sales for the fifth month in a row.

Nick will probably be able to talk the sales manager into $600 off, and he will probably win the monthly contest for most sales for a fifth month. And Nick will collect his $100 bonus. The problem is that Nick gave up making the sale, with a decent commission, because he was focused on winning a monthly contest.

Even though the prospect was close to making a buying decision, Nick did not have the self-discipline to make the prospect give up. Deciding he had to push it along, Nick gave up. He gave up $600 without having the slightest clue whether he needed to do this or not to make the sale.

Actually the prospect in this situation was the better salesperson. Nick offered $400, the prospect counter-offered $700 and Nick settled on $600. The prospect made Nick give up.
In general, this tactic, which should be used by salespeople, is almost exclusively used by prospects to manipulate salespeople throughout the country. If you criticize Nick for the dollar amount of the discount, and not the fact that he should have kept his mouth shut, then you have fallen for this prospect tactic.

Prospects have been making salespeople give up increased commissions and sales for years . . . are you going to continue to help them?