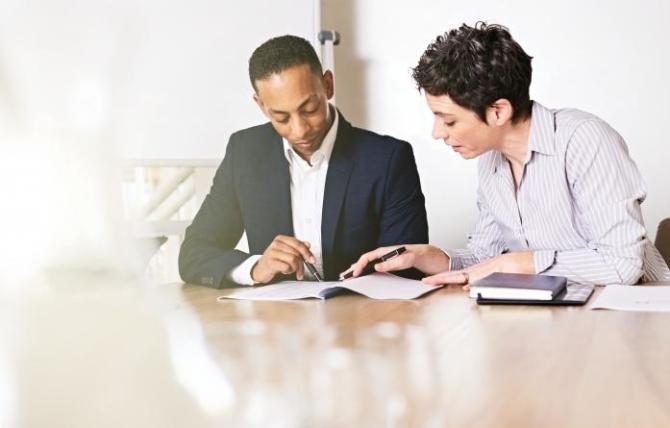 “So, Nick,” said the prospect, “you have a very interesting product.”

“I appreciate what you’re saying,” responded Nick, “but what do you mean by ‘have a very interesting product?’ ”

“Well, it’s just that. If you mean specifically, well, it’s well engineered and thought out. I can see many places where we can use it.”

“Oh. I’m not sure what you mean. What places?” Nick stopped and stared at the prospect.

“One place we really need this is in the front office.”

“Why there?” innocently asked Nick.

“I can see how this would cut down on our outstanding accounts receivable almost immediately. Just cutting that from 120 days to 90 days would do wonders for our cash flow.”

“I guess that’s the only place then, cutting down on outstanding receivables.”

“No, not just there. The people in the field could definitely use this to process orders.”

“How would they use it for that?”

“One of the biggest problems we have is that no one in the office can read their handwriting, and by the time someone can translate it, it’s an easy two weeks. With this, they just provide it digitally to the office manager.”

“I don’t suppose that you would consider buying more than one?” asked Nick.

“Buy just one? No. We need at least two right away.”

“What would you like me to do?” asked Nick.

Here’s a question—just who is making the presentation in the above exchange? Nick just keeps asking questions, and what is the result? The dream of every salesperson—a self-qualifying prospect that is deeply involved in selling the product to himself.

Salespeople are not hired for their ability at mind reading. Unfortunately, when prospects make statements such as those directed to Nick, the common salesperson’s reaction is to agree with the prospect and hope the prospect keeps talking. And if there is nothing forthcoming from the prospect, the salesperson keeps the conversation going, not by asking what the prospect meant by some statement, but by filling in with more words.

Nick just kept asking the reasons for the statements the prospect was making. It is easier and more productive to ask questions than to try to guess what the prospect wants to hear.

Having a prospect tell you why he should buy your product is infinitely more powerful than you telling him the reasons why, even if they are the same reasons.

At the end of the story, Nick asks a very simple question, “What would you like me to do?” Consider what this prospect will probably do, just having told Nick how great his product is and how he sees it most effectively used.

You can’t know what a prospect means unless you ask him what he means.