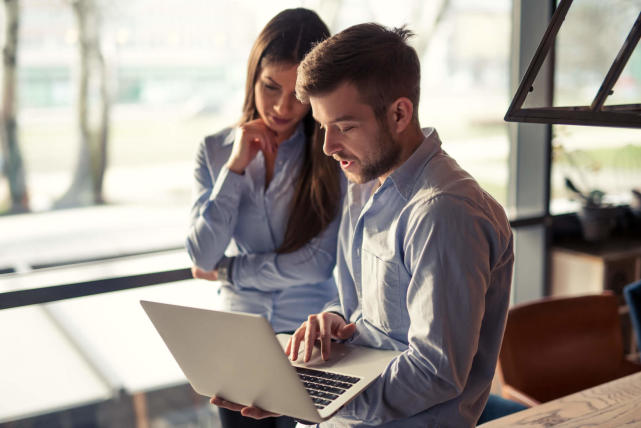 Tim had mentally decided that the prospect he was talking to was never going to buy. For the past 20 minutes Tim had tried all of the trial closes that had worked in the past.

“I have to tell you Tim, I don’t know that this will do what I need.”

Tim had already tried the “what do you really need” response with no luck. Figuring he had nothing to lose and might learn something that he could use on other prospects, he innocently asked the following.

For Tim, the resulting silence was painful, but he really wanted to know the answer. If I can get this information, he thought, I can use it. So I’m just going to outwait the prospect.

Finally, and much to Tim’s relief, the prospect responded.

“Well, since you asked, off the record as you put it, here’s what I’m trying to do,” responded the prospect for the next five minutes.

At the conclusion of the prospect’s response, still convinced that he’d never close this one, Tim answered.

“That’s very interesting. So I suppose since we’re still off the record, you’ll never see yourself purchasing this . . .” and as Tim struggled to find the words to continue, the prospect jumped back in.

“Hold on a minute, Tim. I didn’t say I’d never buy it . . . and now that I talked out what I was looking for, well, you know, what you have might actually do it for me.”

Perhaps Tim will make this sale. What Tim did do by going off the record was to subtly pressure the prospect into defining just what he needed. And by adding the assumption that the prospect was never going to buy, Tim was forcing the prospect to see a future where Tim’s product was not part of the solution. Either the prospect would view this future as good, in which case Tim never had a chance to make the sale, or bad. If bad, then Tim had an opportunity to make a sale. Off the record, how do you see it?

Tim did not act like most salespeople. How many salespeople have the guts to state, “Off the record, since you have decided not to buy . . . what are you really looking for?” What is the salesperson afraid of when he makes this statement? Simple — the prospect is going to walk out the door. Consider this, if the prospect does immediately leave, then he never had any intention of purchasing. You’ve just saved yourself a lot of time.

The prospect who remains after hearing this question has no option other than to respond. What he says at this point will help you in determining whether he is a serious potential buyer or someone to follow up in a phone or mail sales effort.

Pairing “off the record” with “since you have decided not to buy” accomplishes two goals for you.

Second, “Since you have decided not to buy” forces the prospect to bring the future into the present. In other words, he perceives right now what it will be like without your product. If his concerns are painful enough, seeing the future today is often enough to get a prospect moving toward purchasing.