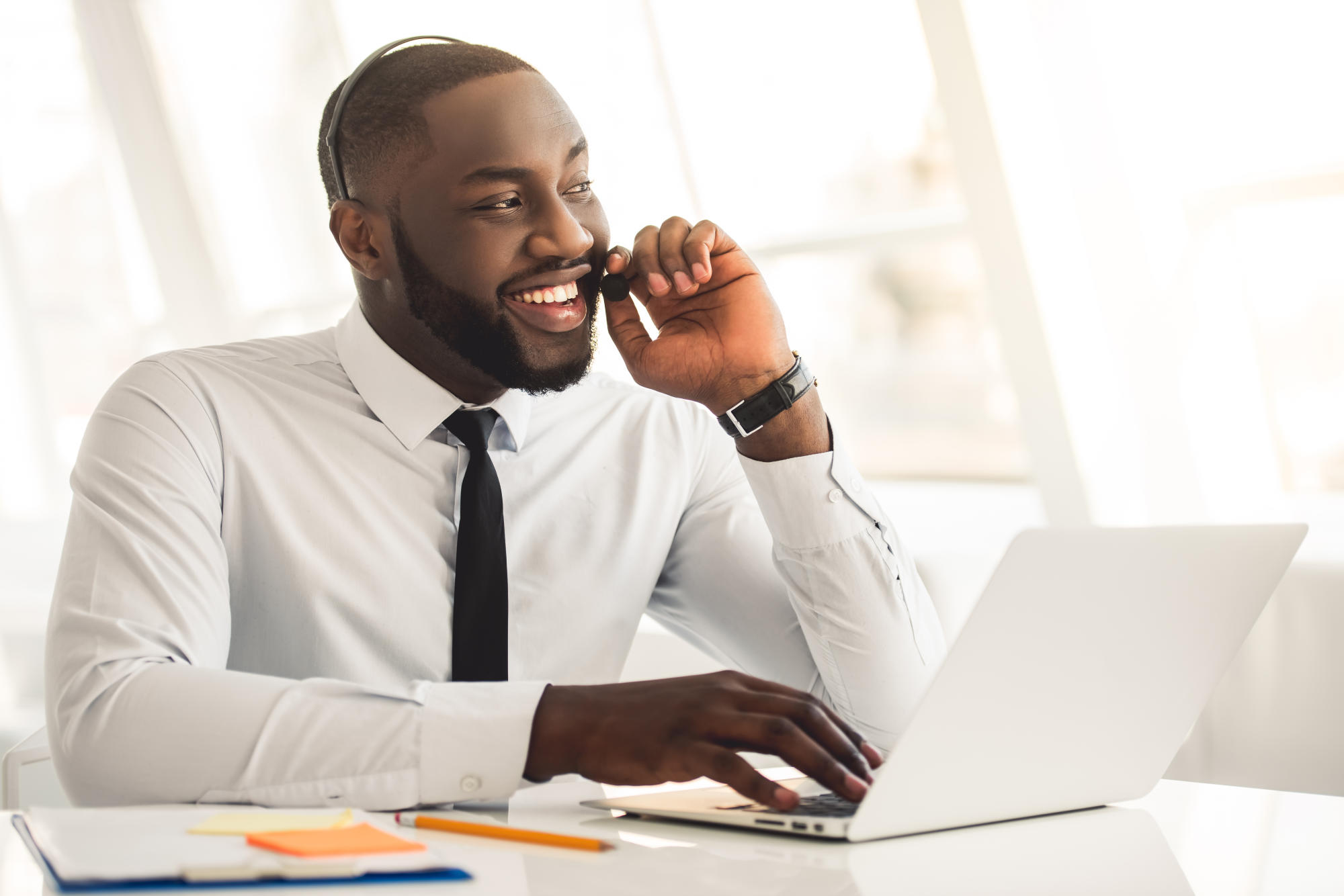 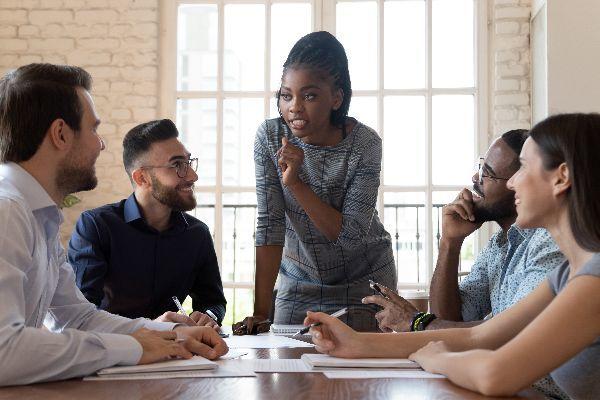 Jack, a new sales hire, was having lots of problems in initial meetings with his prospective buyers. Vera, his manager, sat in on a sales call with him to determine why Jack was closing so few of his prospects in what was supposed to be a one-call close, and why he was discounting so heavily whenever he did close a deal. The answer, she saw, lay in the way Jack conducted his sales interviews. 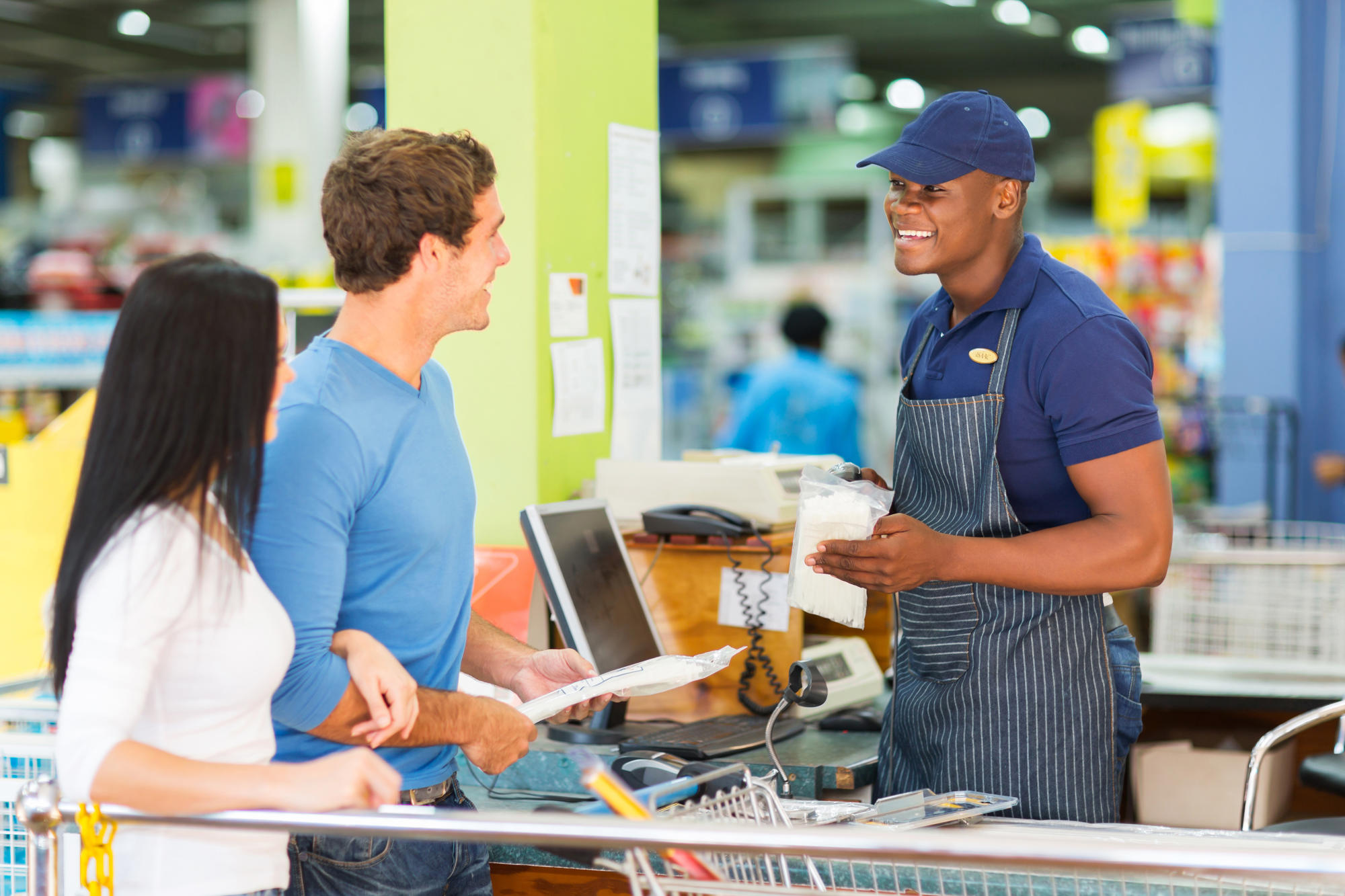 Sandler Brief: Be A Dummy - Struggle On Purpose!

Once upon a time, there was a young kid who graduated from high school, took a look at the help wanted ads, went out on a couple of interviews, and, within just a few days, landed his very first job. He was hired as a salesperson by one of those big box stores. 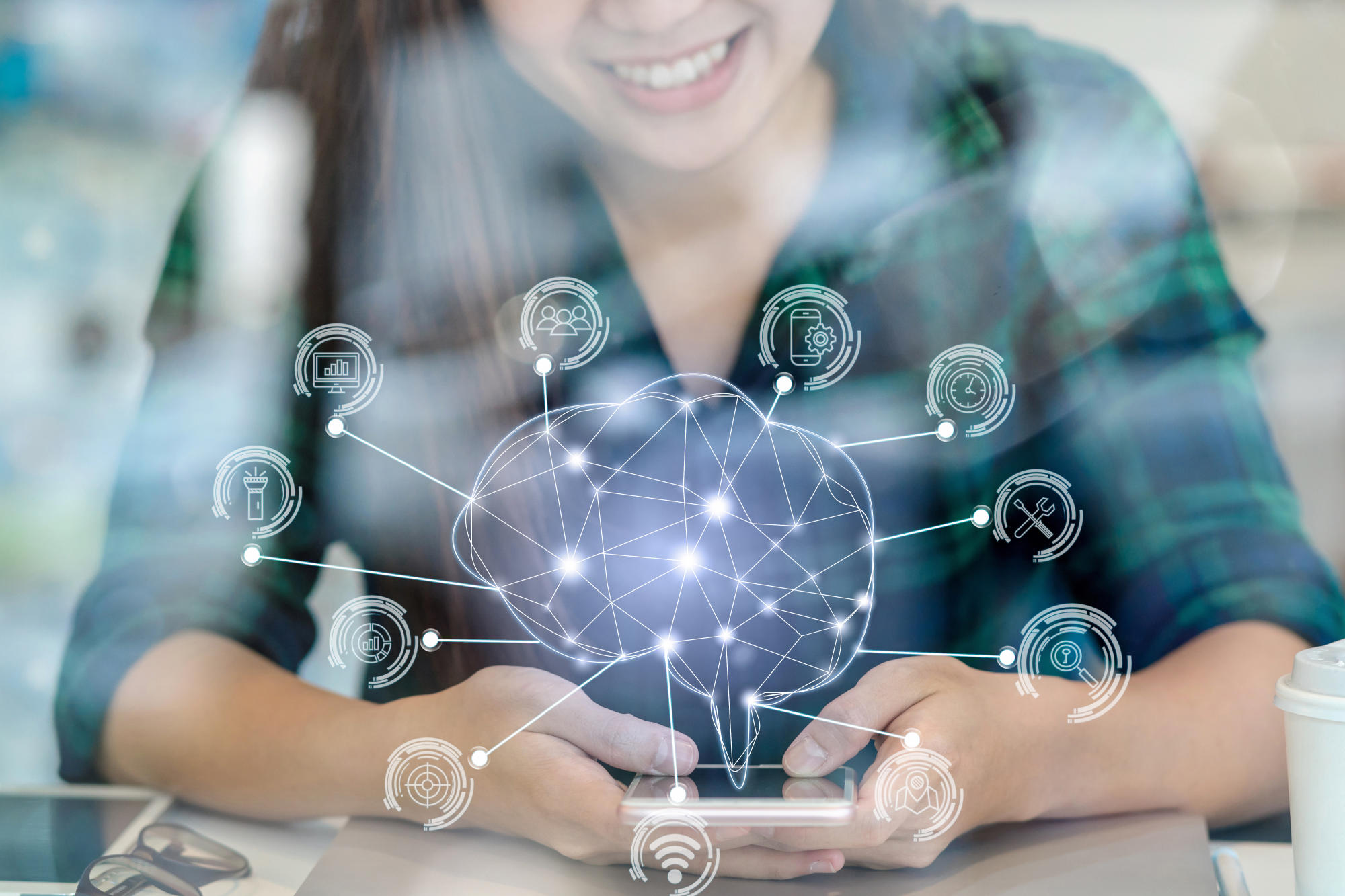 How to Succeed at Overcoming Childhood Messages [Podcast]

Mike Montague interviews Wayne Dehn on How to Succeed at Overcoming Childhood Messages. 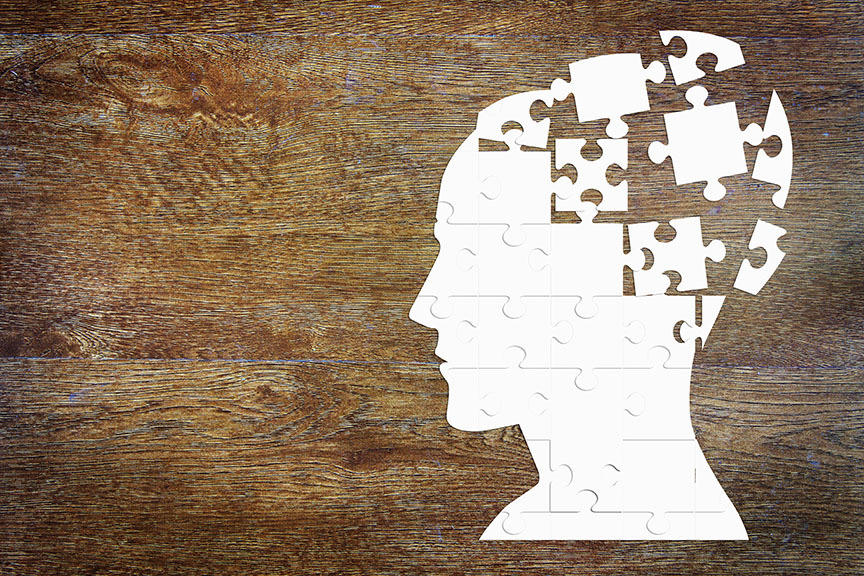 How to Succeed at Redirecting a Prospect’s Head Trash [Podcast] 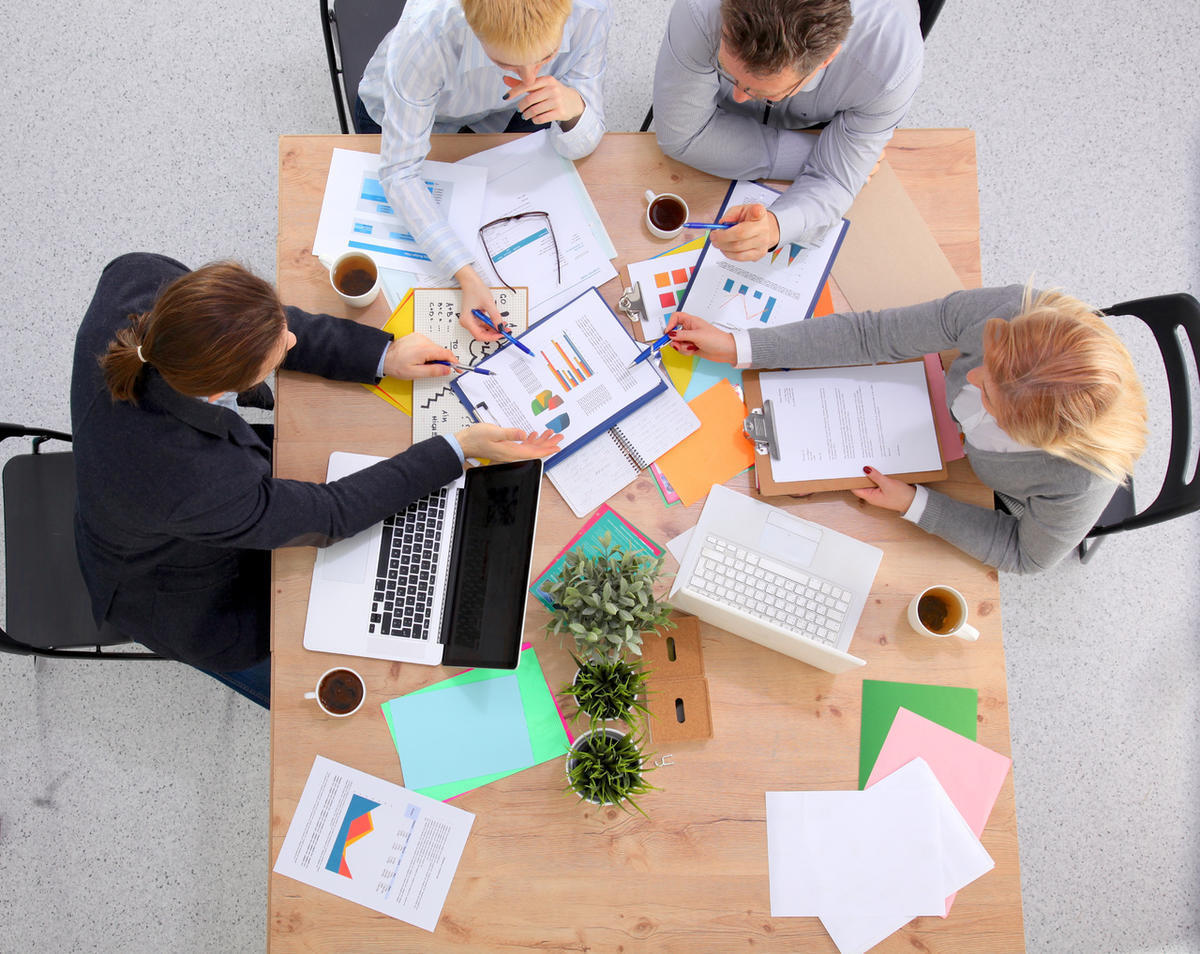 The STORY:
Bob, a floor salesperson who really believes in pushing the sale along, had spent enough time to learn exactly how the prospect was going to use the product. But there was a problem: Bob was convinced that the prospect really didn’t see all the ways the product could be used, and this was the reason the four attempts at closing had not worked. There was only one solution. He decided to tell the prospect about all of them. The STORY:
“So, Nick,” said the prospect, “you have a very interesting product.” 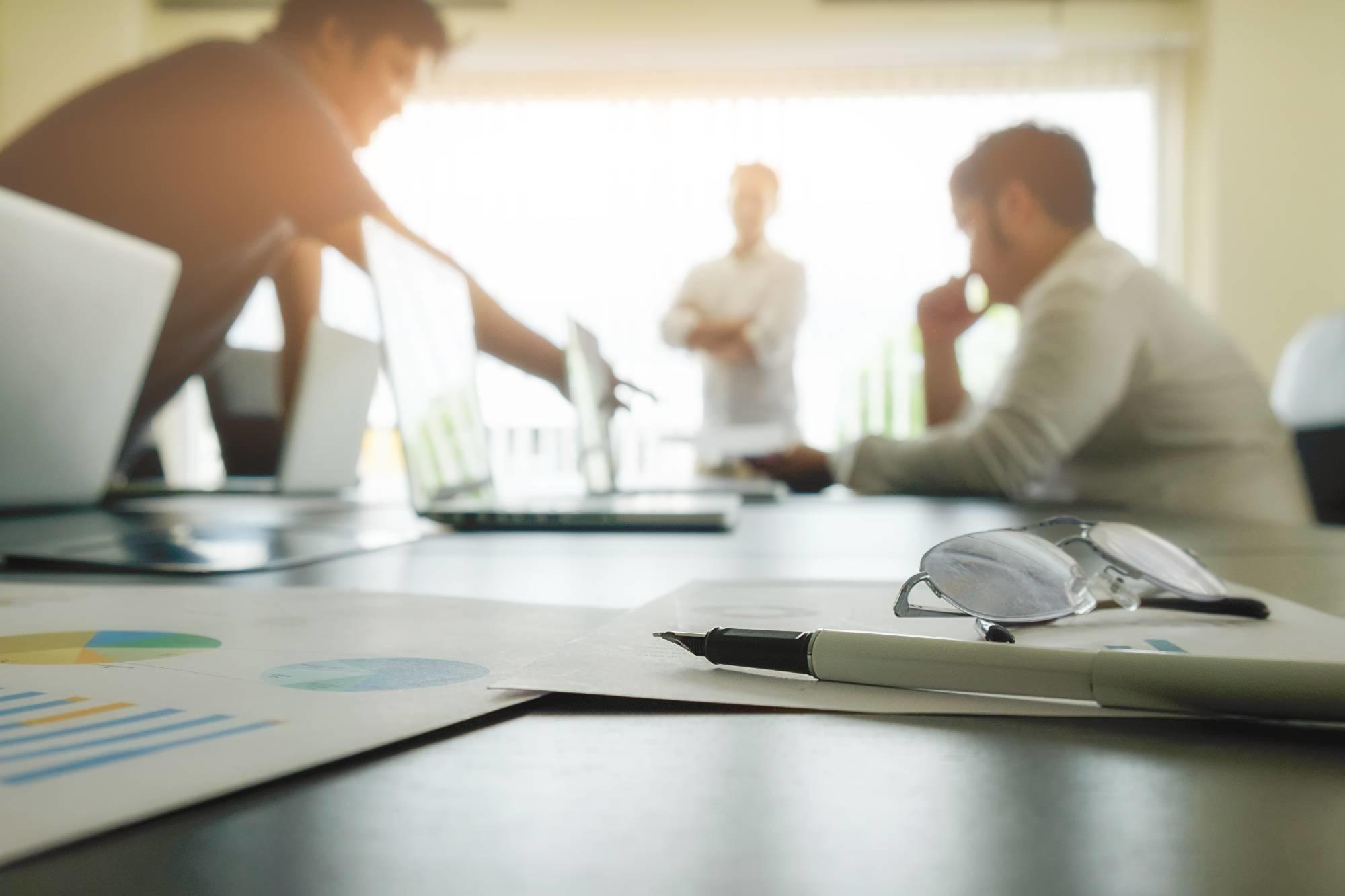 Sales Tactic #21: When A Prospect Is Negative, Strip Line Hard!

The STORY:
“I have to tell you,” stated the prospect, “all of you salespeople are alike.” 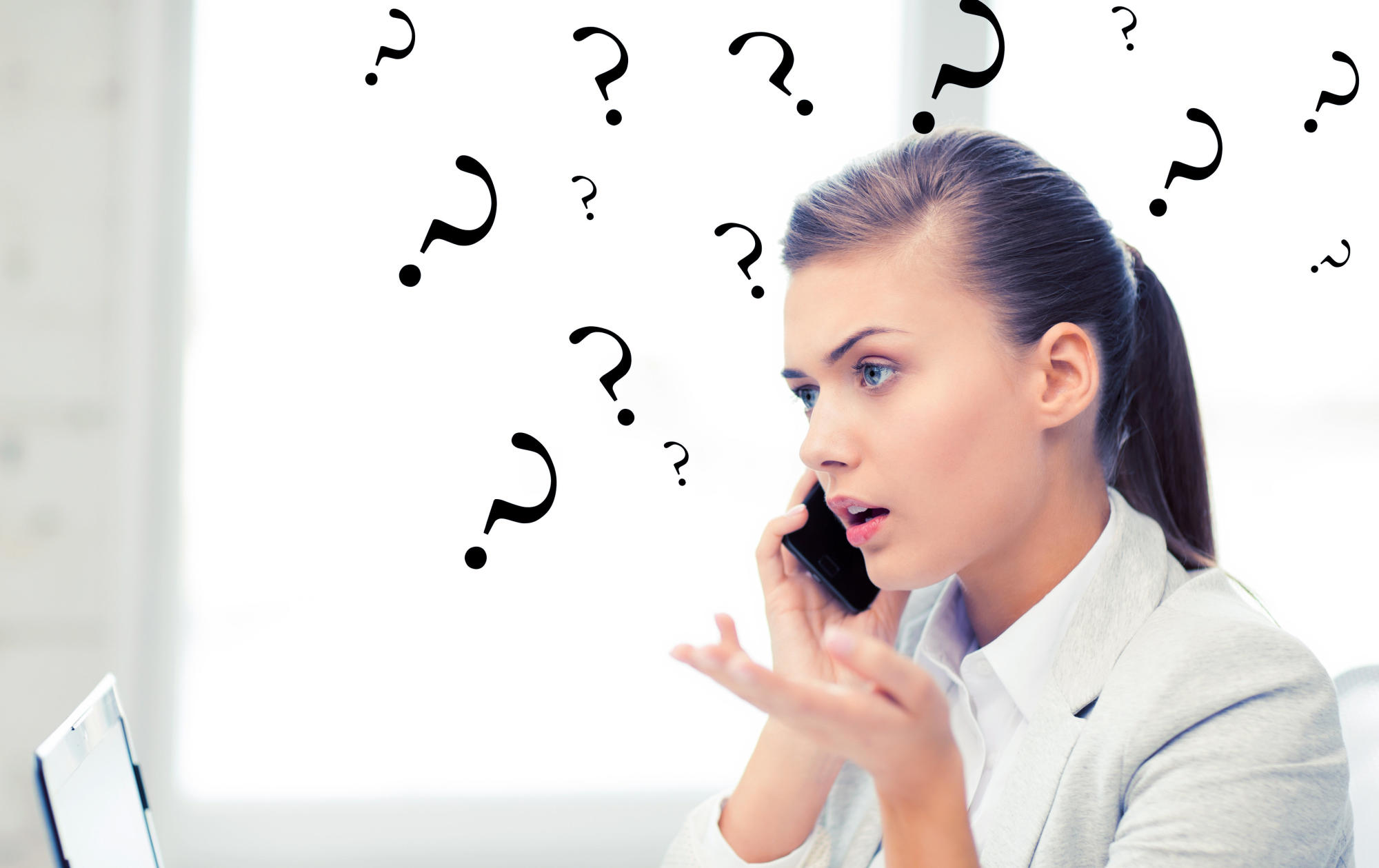 The STORY:
Bob finished the presentation, turned off the overhead projector, and turned up the lights. The prospect was broadly smiling. Bob knew this one was a done deal. Piece of cake, he thought. Sales Tactic #8: Statements are NOT questions. Don’t answer them.

The STORY:
After making the best possible presentation and after spending most of the night before preparing an extensive written proposal, Tim waited with bated breath for the prospect to say “yes.” The silence in the office was broken only by the prospect leafing through the written proposal. Tim was tied in knots. 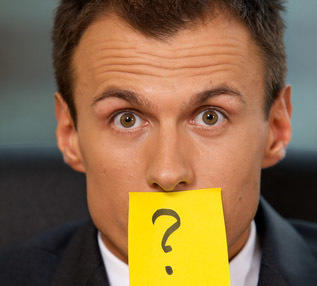 Sales Tactic #7: Answer every question with a question, but soften it.

The STORY:
The appointment with the prospect that Tim spent two weeks getting was not going well. The prospect kept firing questions and Tim kept giving answers. The only problem was that Tim could not figure out if the answers were what the prospect wanted to hear. 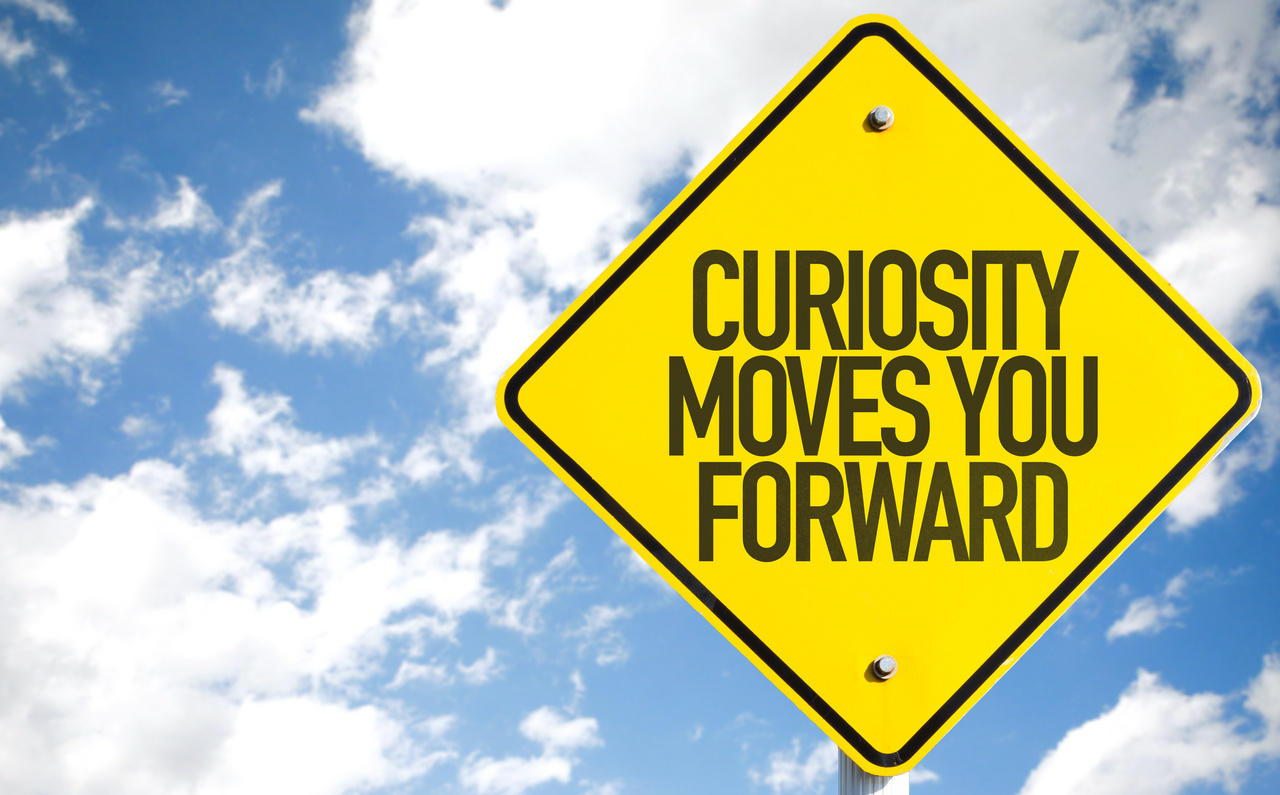 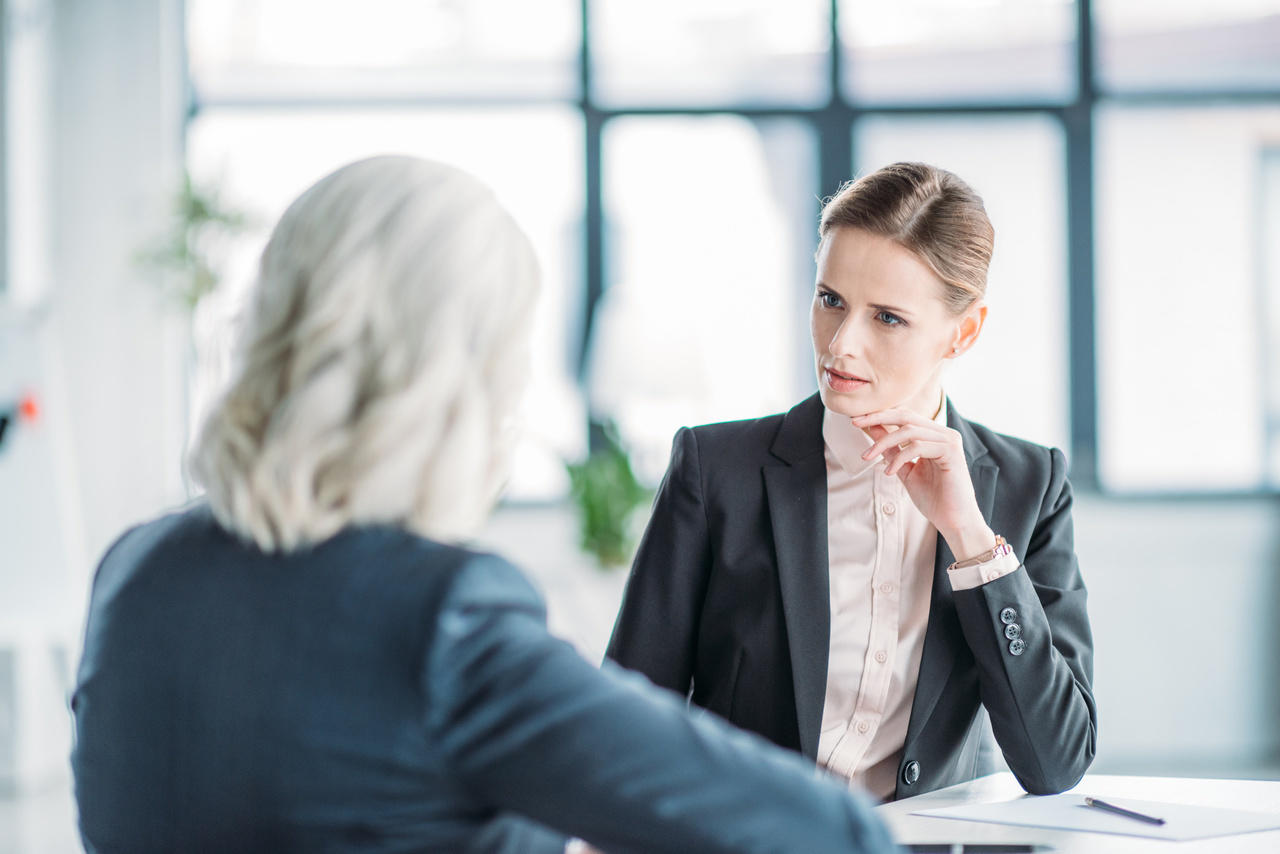 Jane was having problems uncovering accurate information during her discussions with prospects. Her conversations during sales calls tended to be unfocused, and she spent a lot of time pursuing options that her prospects ended up rejecting. Her manager suggested she try something called Negative Reversing. 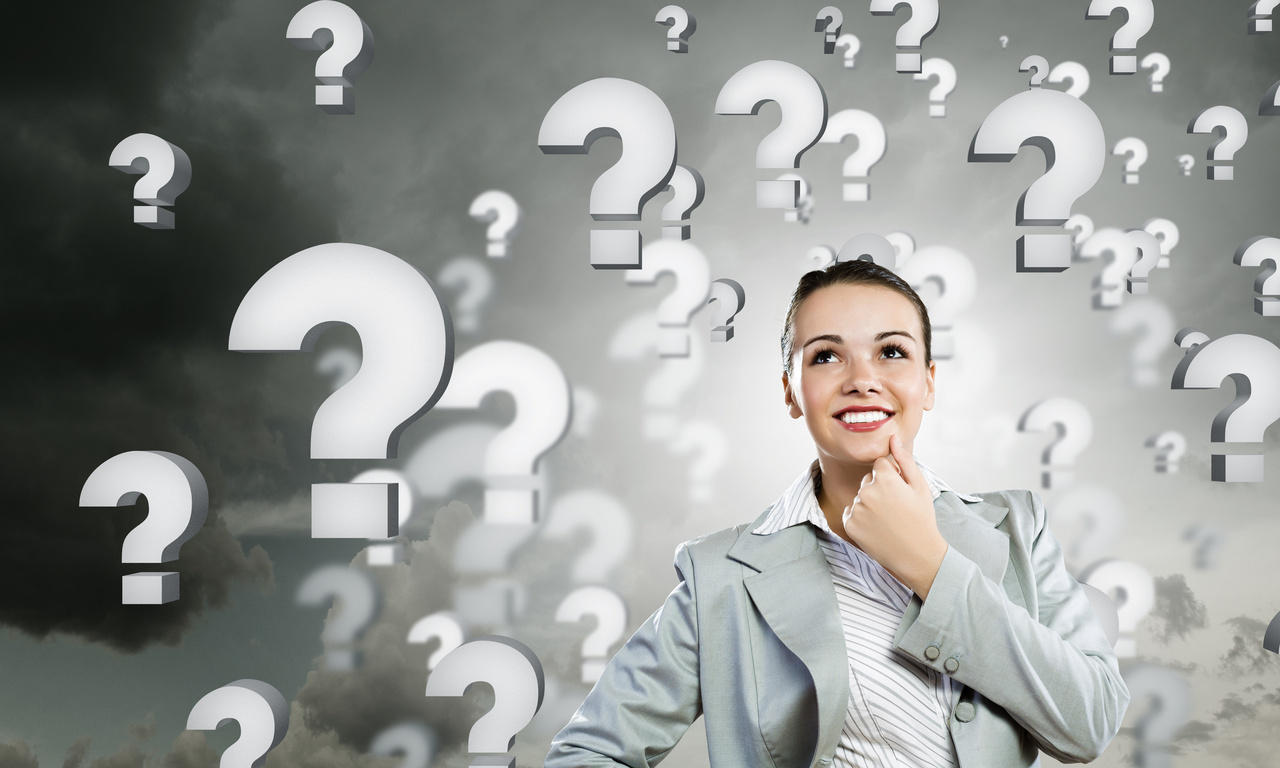 I’m reminded of a salesperson in a furniture store helping a young couple look for a dining room set. After the couple picked out the set that they loved, and the salesperson had checked and confirmed that it was in stock, and the order form had been written, the salesperson decided to show the young couple how easily the drawers opened and closed on the buffet.

The Cure for Straight Line Selling

There's something to be said about children who continue to ask "why" about everything. When they ask and you respond, and they ask "Why?" again, it means they don't have the complete answer to their question. They will continue to ask until they understand the entire concept or until the adult gets frustrated. In business, asking "Why?" five times can produce the same quality understanding to prepare for better results. Common complaints we hear often in business:

Selling or telling. Are you really listening?

Have you ever talked yourself out of a sale? Selling is not about telling. It's about helping the prospect relate to your product or service to the satisfaction of their wants and needs. It's also about helping them discover needs of which they were previously unaware. How do you accomplish this? By asking thought-provoking questions and then listening, really listening!

All too frequently, salespeople schedule appointments...and then forget about them until the day before the scheduled dates. Do you? Is preparation a last-minute activity often consisting of nothing more than a quick review of the notes from the original phone conversations when the appointments were scheduled...and perhaps a review of the prospects' web sites, advertising, or marketing materials? Can you answer the following questions about your next prospect appointment

You can't earn when you're in &quot;knowing&quot; mode

Salespeople could significantly increase their earnings if they stopped saying and believing "I know why."

Prospects like to play games with salespeople. The purpose of games prospects play is to make a salesperson feel not-OK. When a salesperson feels not-OK in front of a prospect, they are more likely to give up their time and information in the hope that their prospect will make them feel OK again. Some of the games prospects play with salespeople are: Why Don't You, Yes But - your prospect rejects every one of your suggestions with some version of "yes, but" (e.g. "we'd love to implement option A, but our budget was cut last week.")

Better is in the Eye of the Beholder

The two words that are guaranteed to trip up most sales people are "better" and "value." The latter we'll talk about in another post. Typically the "better" trap is set by a prospect at the beginning of a meeting. After introductions and polite conversation your prospect says, "so tell me how you are better than my current supplier." If your instinct is to jump to a features-and-benefits presentation, STOP! There is no way for you to answer that question and have any chance of closing the sale. There are three reasons why your prospects set the "better" trap

A common death trap salespeople fall into is having "happy ears," meaning, they tend to hear what they want to hear. In actuality, what they (salespeople) heard does not reflect the real intent of what the prospect said. Sales Tip

Being Afraid of Asking &quot;That Question&quot;

Why do we think that by asking a question we'll hurt the prospect's feelings? What you need to remember is that that you are not responsible for how a prospect reacts to a question that you ask. Clients share with me daily the questions they've avoided asking for fear of upsetting the prospect. Sometimes they get frustrated with themselves because they feel they lost a sale or an opportunity of a sale because they lacked the guts to ask questions. They would rather bite their tongue than ask a question that they think might make the prospect uncomfortable

Video: Sandler Rule #37: All Prospects Lie, All the Time

After any amount of time in dealing with salespeople, you're bound to come across some overzealous characters — those people who treat a prospect more like a rabid predator than a professional. Nobody wants to deal with a salesperson who is obviously waiting to pounce, so you do the only thing you can do to shake them off the scent of a sale — you lie.

Video: Sandler Rule #24: Product Knowledge Used at the Wrong Time Can Be Intimidating

Acronyms, industry buzz-words, technical jargon — we've all used them at one point or another in our jobs. But if you've been using them when you're first getting to know your prospect, you may have made a big mistake.

We don't ordinarily think of sales as one of the "helping professions," but maybe we should. People tell their problems to psychologists and clergymen. They pour out their hearts to their neighborhood bartender. But they tell their troubles to sales professionals, too, so we should develop our "helping profession" skills. I have often noticed, when a sales pitch is going well, how the conversation resembles what I understand a therapeutic session to be like. That is the way it should be, if the salesperson knows what he or she is doing