Sandler Brief: YES or NO? 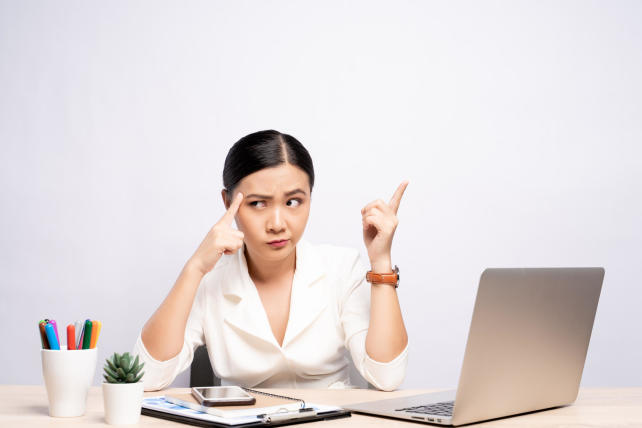 Elaine’s sales manager, Tom, had an unexpected question for her during their weekly one-on-one coaching session. It sounded like this: “What are you going to do to cut down on your TIOs?”

Tom smiled. “I was hoping you’d ask,” he said. “As professional salespeople, we can generate three possible responses to the fundamental question we pose to prospective buyers: Are we moving forward together? One of those answers is ‘Yes.’ One of those answers is ‘No.’ And the third answer is ‘Let me think it over,’ abbreviated as TIO. But you know what? Those three responses really point toward only two real-world outcomes. The TIO buyers are deciding to not make a decision – which, in reality, means they are telling you NO, at least for now.”

Elaine thought about this for a moment, then said, “Even if they seem positive?”

“Even if they seem positive. Here’s why: a decision to not make a decision is a decision. That means a TIO is usually just a NO we haven’t come to terms with. Basically, a TIO is denial. And right now, it looks to me like your pipeline is clogged with TIOs. To make the most of your time -- and the prospects’ time -- it might make sense to assume these TIOs are NO answers and work from there.”

A prospective buyer’s decision to not make a decision really is a decision. We may not think it’s a decision - but it is.

Many salespeople are quite comfortable hearing responses like “Let me think it over.” Or “Can we talk about it sometime next week?” Or “Maybe.” They’ll even tell their sales manager that those kinds of responses mean that things are “looking good” with that opportunity.

Here’s the reality. YES is great. NO is the second-best response we can get, because at least we know where we stand. And “I want to think it over” or “Maybe” is the worst thing that we can hear. The TIO, in fact, is our biggest competitor. Not the company we are afraid of losing the business to. A prospect who does not give a straight answer, and kicks the can down the road, is our true competitor.

Why? Because kicking the can down the road wastes time, and time is our most precious resource. We need to be sure that we protect our time, so we can spend as much of our time as possible with people who fall into the “willing and able” category. Those who are “willing and unable” are not such a great time investment, and neither are those who are “able but unwilling.”

The bottom line is we want to work with opportunities that are going to generate a clear YES or a clear NO. When we get a lot of “I want to think it over” responses, that means we’re not yet certain about what’s actually happening. We haven’t gotten clarity. And we need to do a reality check. We may think it looks good to point to one of these unclear TIO opportunities when we're talking to our sales manager . . . but in most cases, keeping this prospect on our “active” list is wasting precious time.

So when somebody says to you, “I want to think it over,” remember that your best move is to assume they just made a decision. Now the question is: How are you going to react?

After that meeting with Tom, Elaine started asking herself that question, and her new approach changed the dynamic of her discussions with prospective buyers. When people told her they wanted time to think things over, she would smile and say, “You know, usually, when people say that to me, it’s because they’ve made a decision that it’s not the right time for us to work together. Is that what’s happening here? You can tell me. You won’t hurt my feelings.”

This response changed everything. She was able to get a clearer picture of what was really going on in the other person’s world. She wasted less precious time. She spent more time working on “willing and able” opportunities. And her numbers went up.