Sales Tactic #27: Permit The Prospects To Sell Themselves. 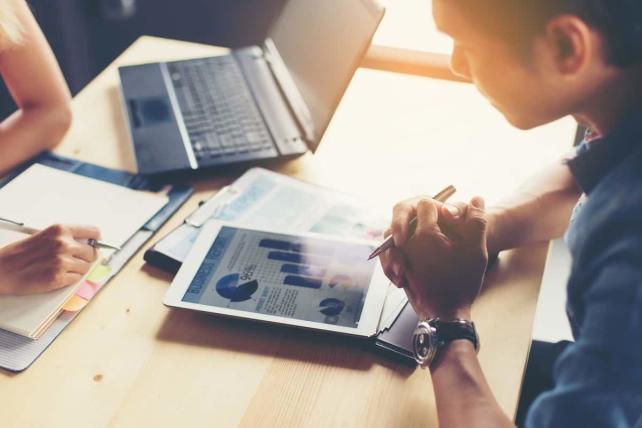 Nick was cold calling trying to find someone, anyone, who would listen to him. Invariably he was screened out before he ever got the person he wanted. His calling script wasn’t working — he never got past the part where he explained why he was calling. He’d be put on hold and within twenty seconds, he’d be told that either the company had no interest or to send some literature. In sheer frustration, he got up and wandered out onto the sales floor.

“Excuse me,” said an older woman coming up behind him, “can you tell me if you deliver?”

Nick, not in the best of moods nor even paying attention to what he was saying, responded, “Deliver?”

“Yes. I like the one over by the window,” gesturing with her arm, “can you deliver that one?”

“Yes, I suppose. Do you really want that one?”

“It would fit perfectly.”

“You want the one on display?” asked Nick.

“If you have one in a box that would be better.”

“Then I’ll take that one. But you never answered my question; can you deliver?”

When Nick responded to the woman’s first question, he ended by asking a question, “Do you really want that one?” This simple question immediately put the pressure back on the prospect. The prospect had to answer with something. When Nick responded to her a second time, “Fit perfectly…,” the woman thought it was another question. The woman felt the need to respond, not Nick. And she did respond by purchasing.

One of the “beliefs” of many salespeople is that they make the sale by overcoming the reluctance of the prospect to buy. Note the assumption in the last sentence, “the reluctance of the prospect to buy.” Are you nodding your head in agreement? Does this mean that every prospect who has ever bought from you really didn’t want to buy? And further, the only reason prospects bought was due to your sales ability? Hardly.

Prospects become customers because some product or service you are selling will solve some problem or problems they are having. To find out what the problems are, you have to ask questions. Nick did not walk onto the floor with the belief that anyone was going to buy anything. After a fruitless session of cold calling, Nick was probably wondering why he even became a salesperson. He was unprepared to deal with the prospect as he normally would have, and as a result, asked questions instead of giving answers. Nick didn’t get in the way of the woman solving her problem.

Listen to what your prospect is saying. Ask your prospect why she is talking to you and not your competition. If she has not talked to the competition, you need to determine her purpose in talking with you. Is she looking to buy or looking for an education?

If she has talked to the competition, ask her what she learned. You should even ask why she didn’t purchase from the competition. You will then learn why she is talking with you.

Accept the idea that a prospect wants you to care about why she is out looking. How many times has someone said she bought from you because you care? You demonstrated your concern for her needs by asking questions. She wants to buy your product and you have created a comfort level that enables her to do so.

The prospect sells herself and you are there to make it happen.