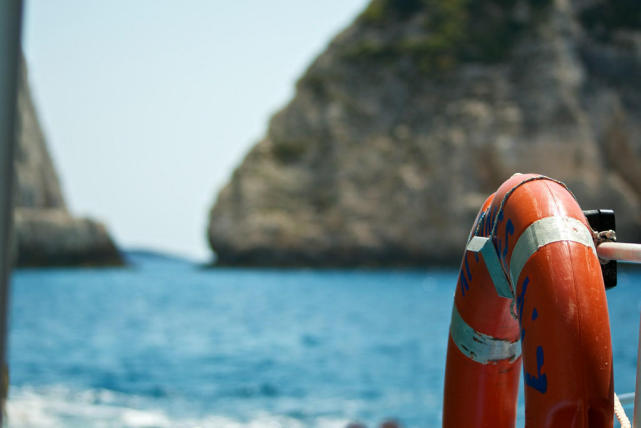 The prospect looked up at the ceiling and said to Tim, “I was just trying to figure out how I would best use your product.”

With the prospect still staring at the ceiling and “dead air” seemingly stretching for hours, Tim hurriedly decided to make some suggestions.

“Most of my customers use it to decrease the daily operating costs of their equipment.” Looking to see if that made a connection, and seeing that the prospect was now looking perplexed, Tim added, “I’d be happy to put you in touch with some of my customers who are currently using the product to do just that.”

“Hmmm, that would be a good idea.”

“Great,” responded Tim, “do you have any other questions?”

“No. Why don’t you fax me over the names of some of your customers and I’ll get back to you after I talk to them.”

“Sure thing. I’ll fax them over this afternoon. Thank you for stopping by.”

And the prospect walked out the door not caring whether Tim faxed him or not. In fact, the prospect had learned over the years that nine times out of ten, salespeople would never follow through.

Tim “rescued” the prospect because Tim did not have the strength to let the prospect come up with his own reasons for buying the product. Tim could not stand dead air. You are not in the radio business where dead air is just that, dead. In the professional sales business dead air, if used correctly, puts the pressure where it belongs—on the prospect.

There are two possibilities: Perhaps the prospect would never say anything or, more likely, he would come up with his own best use for Tim’s product. And wouldn’t this be better than what happened? Don’t rescue prospects; qualified prospects will save themselves.

The vast majority of salespeople have been trained all their lives to answer questions. If a prospect is having trouble coming up with the words for anything, the impulse to play rescuer is irresistible. More sales would be made if salespeople learned to let prospects rescue themselves.

Second, salespeople believe that the prospect will appreciate the rescue and thus believe that “this person will help me when I’m in trouble.” A salesperson’s job is to make sales, not rescue people.

Find another salesperson who will play the role of the prospect. Take a product or a service you sell and ask him the question, “Off the record, how do you see yourself using this?” The only stipulation is that the salesperson playing the prospect cannot give a negative answer, nor can he give you any answer for at least sixty seconds. Use a watch and time it.

Sixty seconds seems like an eternity—get used to it. Ninety-nine percent of the prospects you don’t rescue will rescue themselves within 30 seconds. You may find that your salesperson/prospect will have even greater difficulty than you keeping quiet for sixty seconds. Should he talk sooner, count to fifteen and then take whatever he said and rephrase it as a question. And then wait.

Continue to do this until you both become comfortable with waiting. Don’t rescue each other.

Remember, prospects who buy will always rescue themselves without any help from you.

Your job is to make sales. You were not hired to be a lifeguard.